The greatest gift you are ever going to give someone – the permission to feel safe in their own skin. To feel worthy. To feel like they are enough. 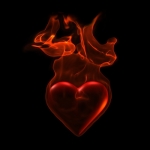 Of the hundreds of people with whom I’ve interacted via this blog and on facebook, not one who has been on the receiving end of relentless emotional abuse feels ‘safe’ – not in their own skin, not in the company of others nor in contact with their outer or inner worlds.

I have been there. Sometimes I still am. One word, one look, one innuendo can jettison me back through time so fast that I become that child, that spouse; you know, the one who will never be good enough, all over again. In less than a heartbeat I am metaphorically tossed onto the cold hard tiles I was once brutally thrown on in a physical sense. The emotional pain though, runs deeper, right to the arteries, until I feel I’ll surely bleed to death without the slightest scratch to evidence my injury. I find myself fighting the urge to curl into the tiniest, tiniest ball – like some deformed foetus – and crawl into the farthest corner of the darkest cupboard – until the end of time. It is an agony to just ‘be’.

When I am ‘triggered’ like this, I am fighting the urge to ‘not be’ … that is, to not exist. I want desperately to flee to the arms of the Great I Am. There is no solace on this earth. But I stay. I breathe through it. I think of my children and my grandchildren … and I resist the compulsion to run into the night and take the path to the cliff edge a short walk from here. Once there, I know I would fall … because I would want to fall.

This woundedness is something I will probably never completely recover from. Such things are embedded too deep in the psyche and surrounded by a dense network of pain, and nightmarish fears that have been reinforced over and over again.

A  Jungian psychologist would refer to this phenomenon, I believe, as a complex. The existence of complexes is almost universally agreed upon in the field of depth psychology. The underlying assumption is that the most important influences on your personality are deep in the unconscious (Dewey, 2007). Because they are buried so deep they are often unavailable to our consciousness, making mediation of the intense emotions evoked by activation of a complex extraordinarily difficult. Many psychologists hold that, indeed, complexes are impossible to cure and can, at best, be managed.

Unlike the other aspects of consciousness, complexes are peculiarly autonomous. They either force themselves on our awareness, breaking through the inhibitory processes of consciousness, or will hide from us, refusing to be brought to awareness at will. They can be both obsessive and possessive. When they break through, believe me, they are in charge of you. That makes them both scary and destructive.

This story has a happy ending, however … and I believe such happy endings are rare. There is one ingredient … one unique and rare ingredient … that brings about healing. I have found it. I have been gifted with it. My next post will elaborate. Love and light to all who read this.

3 thoughts on “Retraumatization – what happens when you’re triggered.”

Check out my art by clicking a medium below

MAKING A DIFFERENCE, ONE STEP AT A TIME