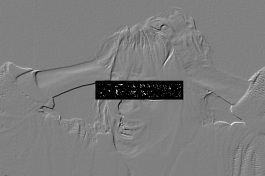 Rage is a normal response to abuse. It is an appropriate response to being deprived of the liberty to act from one’s own reality, to live by one’s own standards and values, and to being silenced.

My ex-husband recently sent me an email in which he states that, even after 10 months of separation, during which time I’ve been essentially homeless, he does not want me to return to the property. For first time visitors to my blog, the brief story is that there are two dwellings on our rural block, both fully self-contained and separate. I wish, and have wished from the beginning, to reside quietly in the second dwelling until we’re able to sell the property and move on. I am well within my rights to do so, and anyone who knows me also knows I’m perfectly capable of going about my business in a peaceful manner. The property market is extremely slow right now and it may take another year, or perhaps longer to sell such a lifestyle block.

But my husband has banished me, expecting me to continue this itinerant style of living indefinitely, despite my debilitating health condition. His reason? My rage. He states he and his family don’t need the inconvenience of having me around, since I have, on occasion, been very, very angry. He goes on to smoothly say that he understands now that my rage comes from past childhood abuse, exacerbated by my physical illness, and he has much compassion for me. Sounds sweet, doesn’t it? If only it were true.

My truth is encapsulated in my return email to him; and I’ve included it here because I think it’s highly relevant to those of us who’ve been severely emotionally abused. In the eyes of our abusers, we will always be to blame; we are always the crazy ones; even in the face of overwhelming evidence of their own culpability. While I was with my abuser, I believed his lies. Now, it’s a different story. Now, I call him out on every falsehood he utters, in no uncertain terms. Following, is an email I sent him. Enjoy. And be strengthened.

A word on rage. Rage is a normal response to abuse. It is an appropriate response to being deprived of the liberty to act from one’s own reality, to live by one’s own standards and values, and to being silenced. Anger tells us when a physical or psychic boundary has been crossed and that we need to act to protect ourselves. Rage is a reasonable reaction to being incessantly called ‘a f…ing nut-job, twisted’, etc, etc, etc, and to being accused of motivations one knows perfectly well are untrue. My rage did not stem from my past or from my illness – it was born of your treatment of me. Let’s not put the cart before the horse.

The hundreds of times you swore at me loudly, insulted me and my family, bellowed at me that I’m f…ing crazier than your first wife (and you’d always said she was completely insane); that my brain doesn’t work properly and I can’t work anything out, ‘poor me, poor me’; snarling at me to ‘stop being a f…ing victim’ whenever I raised an issue of genuine concern; plus your constant threats of abandonment; shoving my hands away from you when I reached out for connection, calling me f…ing sick for even wanting that connection; your stone-walling, posturing and glaring furiously at me; looming over me, drunk and intimidating (Note: He’s exactly twice my weight and nearly a foot taller) – were those instances not your own ‘rage’? Or are you exonerated simply because it was you doing it, and not me?

Have you asked yourself where that came from? Your own past? Being controlled and told what to do first of all by your brothers and then by your first wife? Was I copping the rage that belonged largely to them perhaps, born of a lifetime of you being controlled by someone else? Could it be that you have managed to project your own diagnosis onto me? Could it be that because of your youngest daughter’s refusal to be angry with her mother (Note: The childrens’ mother died by her own hand after years of substance abuse and previous suicide attempts), believing as she did that her mother can still hear her, she displaced her resentment and hostility onto me? Is it a coincidence that it was right after the night she opened up and shared terrible things about her mother with me, that she suddenly and without reason, pulled away from me, breaking the bond that was being forged? I don’t think so. I don’t believe in those kinds of coincidences.  I’m pleased I’ve been able to help you all go through the anger and resentment that’s been necessary to process your grief. You’re welcome.

Yes, there are a lot of questions that need to be asked and answered, and by no means are they all about me. Ask Anne (the mother of my stepson’s best friend; not her real name) whether or not, as much as she loves your son, she also found him to be a handful. Ask her if he stuck his dirty feet all over her walls and dropped things where he stood. (He’s 12.) Ask her if she had the right to reprimand him and ensure he cleaned up after himself. I already know the answers. She volunteered that information without my asking. She referred to your son as high-maintenance and said she often had to have words with him over his behaviour. I also know that I, his stepmother, was not granted the same rights that she, a mere friend, was able to assume, as an adult and mother-figure in her own home. I was ‘not allowed’ to interact with your son, or any of your children, in this manner, no matter what they did – more deprivation of my basic human freedoms.

(Note: Another post will cover some of the dysfunctional behaviours the family exhibited and the attempts I made to help them, while being accused and abused by their father.)

You believe you’re the one man in my life who treated me well and didn’t abuse me. (Note: He has actually said that!) In truth, I have never been through a more horrific experience than I went through with you. You’re still depriving me of my liberty to live where and how I wish and you’re still saying I’m crazy because of my past and my illness. So yes, I’m angry. Unapologetically angry.”

His reply contained only the second apology I’ve ever had from him. I suspect it is based on the fact he knows I can return to our property at any time and he cannot legally stop me. Until this past week, I’ve played the game his way, but not anymore. He’s beside himself because I’ve made it clear I will no longer live as a homeless person to satisfy his whims. For once I have power and he’s scared. The worm has turned.

Yet, how sad to apologize not because a person has any real empathy, but because he’s hoping I’ll play nice if he does. I am wise enough now to know that I am merely being manipulated, and therefore wise enough not to fall back into the trap.

6 thoughts on “A word on Rage”

Check out my art by clicking a medium below