I confess this aspect of narcissists is particularly galling in that they actually have the gall to believe what they’re telling us, and they display a total lack of humility in the telling. I emotionally and physically recoil from the bold, unfounded claims of such unbridled egos. They raise my hackles. Perhaps someone in your life raises your hackles for similar reasons. We all like to feel good about ourselves but there’s a line most of us won’t cross; a line of decency and rational thinking. We are all flawed beings…unless we are narcissists.

I’ve heard such astounding claims as:

‘We were the most popular family in the whole school. We were always treated as though we’re special. People gave us things no-one else got.’ The earnest facial expression that accompanied this statement almost elicited an eyeroll from me, which would, of course had resulted in days of retribution from father (who aided and abetted the outrageous claims) and son alike, had I not checked myself.

‘I have the best music. The best!’ How I hated listening to that guy’s unique blend of Thai country music and heavy metal and, of course, he played it loud enough for the whole neighbourhood to hear, convinced we enjoyed it as much as he did. This fellow was also always ‘right’ about everything and he knew everything about something and something about everything. We’ll tackle that in my next post (Indicator number 3), as it’s a universal trait of narcissists.

‘I own expensive antiques.’ They were in such a state of filthy disrepair, they were, in fact, worth nothing.

‘I’m the well-calibrated one.’ (Naturally, I was the crazy one. There’s no way a narcissist will share his pedestal.)

‘I know I’m pretty.’ (Actually, that claim was debatable and was a surprise coming from a teenage girl, a group who are almost universally afflicted with a terrible self-consciousness and lack of faith in their own attributes.)

‘My children never lie.’ Translated to, ‘My children are perfect.’ They were also never rude, or unreasonable, or too loud or too sulky, or anything other than absolutely perfect. He wore their ‘perfection’ as a badge of his own superiority. (Poor kids, what chance did they have?) 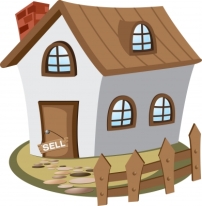 ‘My house is worth a million dollars.’ It wasn’t, and ended up selling for a lot less.

‘I did nothing wrong in my first marriage.’ Again, I’m perfect! The first wife, who suicided, might beg to differ, were she still around to tell her story.

‘I’m the teacher’s favourite.’ Cue in another almost-eyeroll. In case I sound as though I have no understanding or compassion for children, this young fellow was simply following in his father’s well-warn narcissistic footsteps and I was powerless to stop it. I waited for his words to be tempered by some wisdom from his father. It never came…because his father agreed with him, his son being perfect, after all. This is one way in which future narcissists are formed. (Are they born or are they bred? That’s a topic for a whole new post.)

‘I’m the best artist and I should have got the academic award for art, not him!’ This claim was fully supported by the speaker’s father who might have taken the opportunity to give a lesson in humility, or perhaps fairness and work ethic. Truth was, she was definitely a talented artist but she didn’t put in the work, and was simply trumped by someone who did.

‘Look around you, darling. We’re millionaires.’ A self-satisfied, smug, arrogant expression settled on his face when he made this claim, which was often over the years. You’ll probably notice a pattern developing by now and guess that we weren’t millionaires at all. You’d be right. Almost everything we owned was caught up in property; plus, neither of us was working (me, due to ill health, him, because he didn’t want to), so our funds were dwindling rapidly while he held onto his fantasy.

‘I haven’t lost my boyish good looks.’ I know people say such things in humour but this statement was made in complete seriousness. Another debatable claim.

‘I wasn’t appreciated at work. I worked harder than anyone else and I was good at it.’

‘Look at her. (His daughters, his nieces, his sisters). She’s so beautiful. She’s gorgeous! Perfect in every way. Look at her dress! Stunning!’ He would say this over and over and over, especially after a few too many drinks. There was something emotionally incestuous about it that made my skin crawl. Looking back, it was most likely due to his overwhelming need to ‘own’ perfect things; the best things, even if those ‘things’ were people.

Mercifully, my experiences have become a distant memory and now raise only a rye smile and a shake of my head. If you’re caught up with a narcissist, however, you’ll have your own unique story of your narcissist’s ‘perfection’ to tell. If you’ve ever deigned to disagree with their bold claims of superiority, you’ll remember their retaliation acutely. So acutely, I’m willing to guess, that you’ve dared not disagree again. Trying to hold a rational conversation with your tormentor about the reality of their situation, and of their dysfunctional ‘self-concept’ is always going to end in battle. And you will lose.

An out-sized ego will interpret any attempt to encourage self-reflection as a direct assault. They will feel attacked, and when they feel attacked, you already know how that ends for you.

We all have our blind spots and our little vanities but, if you’re living with someone who repeatedly claims the limelight and has no trouble articulating how magnificent they are, in every aspect of life, often enough to make you feel uncomfortable…trust those uncomfortable feelings.

Spend some time thinking about the ways in which your abuser claims bragging rights. Is it normal or over the top?

Are they the best at practically everything? Is their family perfect, even in the face of direct evidence to the contrary? Are they inordinately proud of their income, their home, their achievements, their children, their amazing contribution to every aspect of life? I would love to hear some of your stories.

Documenting my journey down the rabbit hole of Myalgic Encephalomyelitis

Jo so and sew
john pavlovitz